Very sad and personal to the club news to share, Russ Van Pelt K2RVP became a silent key suddenly yesterday, Thursday 1 November.  He was on the Hudson Valley NET earlier this week as well as assisted in Pumpkin Patrol the eve before his passing.  Russ was, of course, the Vice President of the club…we’ll get work to you on the process for his successor.

Russ was very active in the Mt Beacon ARC recruitment, staffed the club table at our hamfests, was our webmaster for a time, a big advocate and user of DMR, and assisted as one of our class instructors for our Technician classes we continue to run at the Dutchess County Office of Emergency Management.  He will, as Shirley N2SKP noted, will be missed. 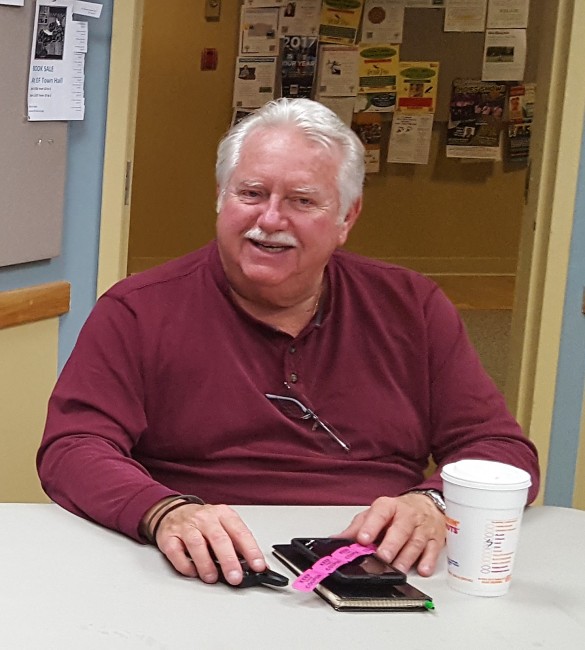 Son of the late William Russell and Jean (Carson) Van Pelt, he was born in Cold Spring on November 14, 1945. Russ graduated from Roy C. Ketcham High School (Wappingers Falls) in 1963. In 1967, he enlisted in the U.S. Air Force. He was honorably discharged from active service in 1971 as Sergeant and continued his duty in the Reserve until 1973.

In addition to his military service Russ held a long and distinguished career as a Volunteer Firefighter. He was a member of Protection Engine Company 1 (Fishkill), which he joined in 1963 at the age of 18. Since that time, he has served in several leadership roles including Vice President, Company Trustee, 1st and 2nd Lieutenant, and Captain. He was a NYS Certified Fire Investigator, Haz-Mat Technician, and Code Enforcement Official. Russ became the Fire Inspector for both the Town and Village of Fishkill in addition to serving as the Fire and Safety Officer for the Office of Children & Family Services. He was also the Deputy Fire Coordinator for the Dutchess County Dept. of Emergency Response and belonged to the NYS Association of Fire Chiefs.

Russ was a Police Officer for the Town of Fishkill from 1971 to 1980, where he became Detective Corporal in 1975. Since 2004, he has worked as a School Safety Officer at John Jay High School in Hopewell Junction.

For 32 years, Russ worked for AT&T at their facilities in White Plains, New York City, and Newburgh. He retired in 1997 as National Service Manager. He enjoyed spending time as a Ham Radio Operator and was a member and Vice President of the Mount Beacon Amateur Radio Club and also belonged to the Q.S.Y. Society. Russ was also a member of the American Legion Post # 302 (Beacon).

On January 12, 1980, he married Janis A. Butler at the St. Mary Bedford Chapel in the Village of Fishkill. Janis survives at home in Beacon.

The QSY Society website has now been migrated to hosting on wordpress.com. We will making updates in the coming weeks. We are looking for members to learn wordpress and post to the bloq as well as make other updates as necessary. Email Fred, WY2E@arrl.net

Time is drawing near and so far Adam has had ONE response to the call for volunteers for this Eskimo Run event.  The event date is January 22, 2011 , 9:00 AM at James Baird Park in the Town of LaGrange (RAIN/STORM date January 29).  All members interested in participating are requested to contact Adam – KC2DAA,  ASAP at 453-4769 or via email.

Scouts will be reporting to 10 skill stations. We need to supply a minimum of 6 operators for this event

Members interested in participating are requested to contact me ASAP (845-452-5196 or via email kc2daa at aol. com).

As a side note, the Dutchess County St. Patricks Day Committee has already
contacted me so mark your calendars for March 5, 2011 the parade will be
held in the Village of Wappingers Falls as in past years.